Excuse me, I can’t find the limes? An innocent question of the Safeway 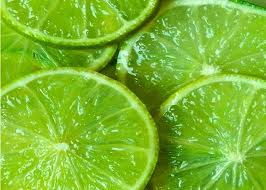 produce guy. He gave me a quirky grin and a “No, we have no limes. It’s kind of a weird story.” I waited ….
“Well, the information handed down to us, is that Mexican drug cartels are involved, they are taking over the lime sales.” “You mean some drug guys are getting involved with the lime business?” It seemed far-fetched, do drug bosses need an ongoing supply of limes to go with cocaine, or their margaritas and tacos, I wondered. Safeway produce guy (young) and I (old) agreed—likely this was not going to be a story on the prime time news.
“No limes today, my love has gone away,
The end of my hopes the end of all my dreams,” kept circling in my brain to the old Herman’s Hermits melody. So I did what the curious do, when a lime was on the list, and I doubted the information given by scrubbed grocery guy … I went home and googled it. Was my head buried in the sand? Apparently. 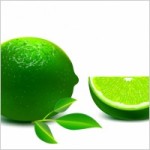 And yes, what grocery boy said was true, at least partially, according to several online reports. Poor weather and “Yellow Dragon” disease have reduced the crop as well. Most of the articles featured restaurant owners that bemoaned the issue of not having fresh limes for their margaritas, mohitos and other lime based drinks. Slices were being charged for as well. It seemed a bit shallow for me to be concerned about the inconvenience of lime slices when farmers were fighting drug cartels. This is not a journalistic blog reporting on the scenario. This blog focuses on Hope in the hard places, and these lime farmers must be in a very hard place. I don’t want to begrudge the legitimate price increase, it is the back-story. From some on-line reports, the drug cartels had been intimidating farmers to buy “insurance/protection” from them for the product(limes). And now the farmers were trying to stand up to the drug lords.
We live in a small world after all. Here in small-town Alberta we don’t have limes because of a drug cartel in Mexico?
No milk(limes) today, my love has gone away

The bottle stands forlorn, a symbol of the dawn
No milk(limes) today, it seems a common sight
But people passing by don’t know the reason why
How could they know just what this message means?
The end of my hopes, the end of all my dreams
And I am guessing that the hopes and dreams of some Mexican farmers have ended.

Excerpts taken from the google search:
Just when the credo of fresh juice in cocktails has permeated every decent bar in America, a shortage of limes and immense spike in price is having some bar owners and managers worrying about the tough reality this poses: increase drink prices or find alternatives to fresh limes?
Even in Mexico, the issue is dire. According to CNN Mexico, prices in the country have spiked to almost 80 pesos ($6) a kilo, so its no surprise that prices here are bad. In a survey of friends across the country, prices have gone from a low of about $25 a case to the current market price of $135 a case.
……
But there is relief in sight. In Mexico this week people started seeing a 15% price drop as production from the states of Colima and Veracruz have started to come in. Lets hope we see it here too—perhaps we’ll have an even better reason to raise a margarita this Cinco de Mayo.