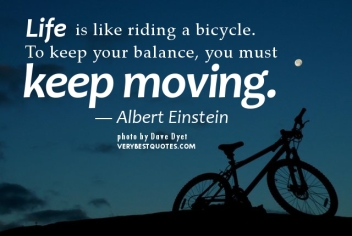 “There are eight million stories in the naked city. This has been one of them.” I can still hear those words as each episode of NYPD’s 65th Precinct came to conclusion. I realize the series ended in 1963, likely the time a black and white television arrived in our home.

Earlier this week I heard a story that would not have made the Naked City episodes as there was no official crime involved, unless neglect and regret count.

After swimming lengths in the overcrowded lanes, I met a woman as we headed to the showers of the local pool. We started with weather chit-chat, of how nice the January chinook was and we ended with her sharing the story of her under valued mother-in-law, whom they had buried about ten days earlier.

“She just stopped moving. She didn’t have a real disease, it wasn’t like she had cancer or any real diagnosed illness. She didn’t move.”  Sheila expressed guilt, that had she lived closer she could have been of more help, could have helped Annie up, taken her for walks, out shopping. She was convinced that her mother-in-law would be alive if more care had been shown. She expressed the group guilt they felt for having missed out by not knowing who this incredible woman truly was.  More of the story spilled out as  warm shower water washed over her sadness.

Annie had three sons, was a registered nurse, as well as a co-owner of several business she and her husband started. In the sixties, Annie was ahead of her time in that she worked alongside the men in the oilfields. She was tough and swore with the best of the men in the field. And yet according to my shower friend, Annie had a heart of gold, and only after she passed did they realize how much they would miss the woman who’d hidden behind the gruff facade. Annie was only forty-five when she lost her husband to a work related accident. In spite of that, she carried on and expanded the business with her sons, but it was always referred to as her husband’s business, even years after he died.  Sheila held her tears as she expressed the sadness that they had never recognized mother-in-law as someone who wanted or needed affection. In order to survive, the tough exterior was presented, if any man tried to make advances, the sons made sure it did not happen. Annie never again experienced the power of a romantic love in her life—regret filled this daughter’s voice over the missed opportunities.

I think Annie decided to shut down her business,  got tired of running it … got tired of feeling the need to be tough, the need to push hard, to pretend it didn’t hurt to live without love.

A few things I ponder: how to let my heart be open, before it is too late.  Never presume the tough exterior is the true one, what is the story beneath it?  The importance to keep on moving. Doing does not replace being or knowing.

I never met Annie, but I wished I had.